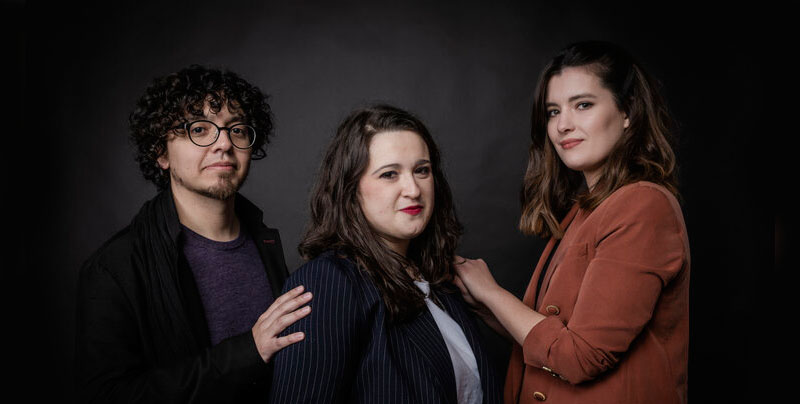 Founded in 2018 between Barcelona and Paris, Trio Da Vinci has quickly become one of the most promising Chamber Music Groups in Spain.

Maria, Marion and Alex are currently performing as soloists and chamber Musicians in some of the most prestigious concert halls in Europe : Cité de la Musique and Champs Elisées of Paris, Concertgebouw of Amsterdam, Mozarteum of Salzburg, Romanian ateneu of Bucharest, Auditorio Nacional and Teatro Monumental of Madrid, Palau de la usica Catalana and Auditori of Barcelona…

Musically mentored and influenced by some of the most respected chamber musicians of the last decades (Rainer Schmidt and Clemens Hagen from Hagen Quartett, Bernard Greehouse from Beaux Arts Trio, Heime Müeller from Artemis Quartett, or Christophe Coin from Quatuor Mosaïques among others), in June 2018, motivated by the musical and personal complicity between them, and the shared passion and excitement towards chamber music, they decided to create rio Da Vinci. From its birth, they have performed in Spain, Austria and France.

Last march they made their Trio début in « L’auditori » of Barcelona as part of the « Emergents » Festival. In 2021, they will also perform at the prestigious Pablo Casals Festival in Prades (France), Festival of Toroella de Montgri (Spain) and in Organ Hall of Chisinau (Moldava).

Recently they have been awarded first prize at the 14th BBVA Chamber Music Competition Montserrat Alavedra in Terrassa (Barcelona) which will give them the chance to play in some of the main concert halls in Catalunya.