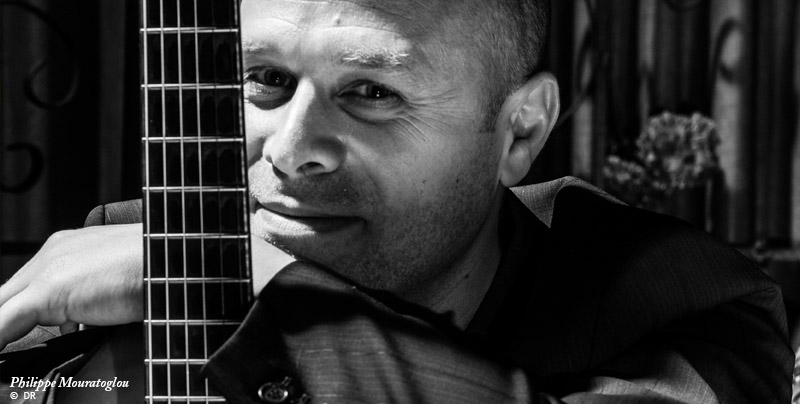 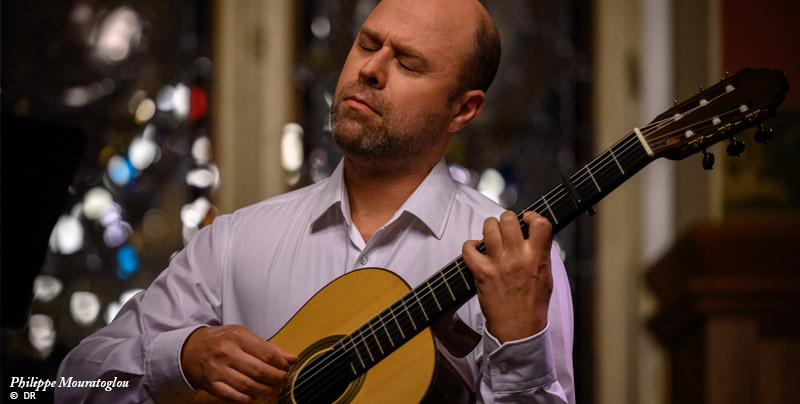 Since studying with Wim Hoogewerf, Roland Dyens and Pablo Marquez (for whom he was assistant teacher at the Strasbourg Conservatory), Philippe Mouratoglou has distinguished himself by his instrumental openness – he plays a wide variety of acoustic guitars: classical, 6 and 12 steel string, baritone – and stylistic diversity.

Both performer and improviser, he collaborates with musicians and ensembles from across the spectrum, both in the classic sphere as well as the world of improvised music.

Since 2009, the duo he formed with soprano Ariane Wohlhuter has released 2 CDs on the Troba Vox label: We only came to dream, devoted to John Dowland, Benjamin Britten and Dusan Bogdanovic (2013), and Mélodies et Lieder, consisting of his arrangements for voice and guitar works by Franz Schubert and Gabriel Fauré (2017).

In parallel to this, Philippe Mouratoglou founded the Vision Fugitive label in 2012 with clarinetist Jean-Marc Foltz and graphic designer Philippe Ghielmetti, on which he has released several original projects :